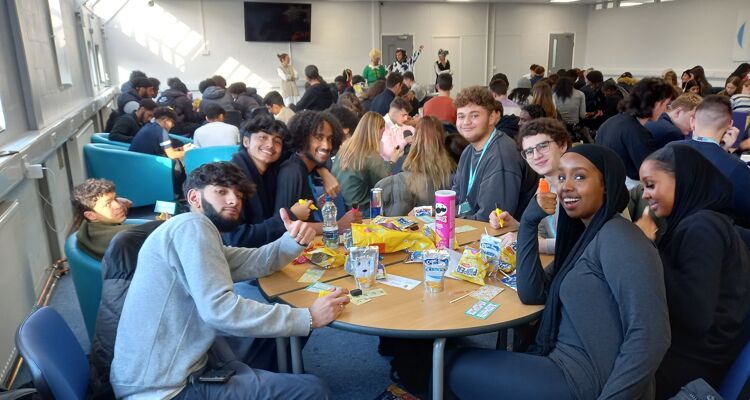 After Year 13 missed out on their Enrichment activity this year, the Sixth Form team decided that something had to be done. A Christmas treat perhaps. With the generous support of the PTA a treat was granted. The students met for an assembly on Wednesday 7th December. Believing that this was to be a post exam workshop they gathered dutifully. Once settled a team leader was called away from each group and to an enthusiastic hooray returned with a Christmas package of treats. The event would be marked by an unhealthy amount of sugar and salt. But, hey, it is supposed to be a treat!

Now they were suspicious and were not surprised by the entry of the Sixth Form Team in pantomime mode. Bingo was our game and winning more sugary treats was the aim.

A lot of explaining later Mr Williams and Mr McLoughlin called the numbers in suitably comic fashion. Our first winner, Samantha was so delighted and enthused by her win that the students’ competitive instincts were awakened. Two games of bingo and a special Christmas song round, charades performed while bingo cards were checked and a raffle with crocheted gifts made by Kelly-Anne. We believe that everyone enjoyed their treat.