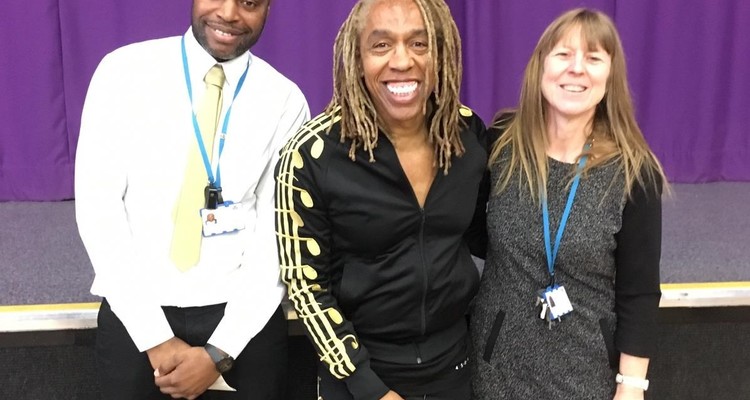 On Monday 25th March Year 10 were privileged to hear a talk delivered by the charismatic Rikki Beadle-Blair MBE . He is an actor, director, screenwriter, playwright, singer, designer, choreographer, dancer and songwriter of British/ West Indian origin, and is the artistic director of multi-media production company Team Angelica.

Year 10 have been studying diversity in their PSHCE lessons and watching the film FIT which tackles homophobic bullying . Rikki directed and starred in the film and gave pupils the opportunity to ask questions about it and his own life and career. He is a big supporter of Chiswick school and we hope to see him back in the future.