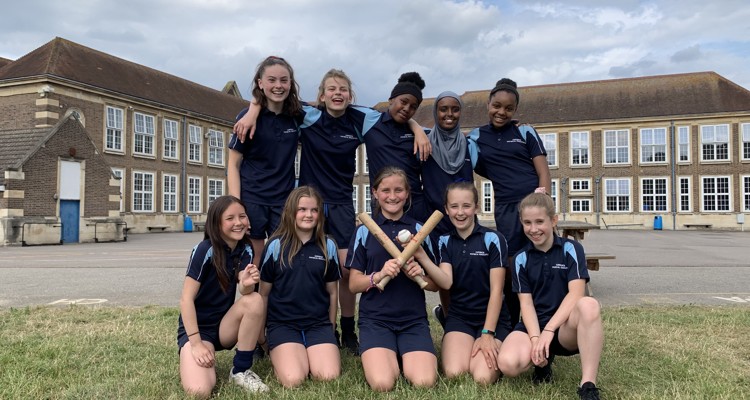 The girls competed in their final rounders match on Wednesday 10th July against Heston School. As our last game of the league the girls were excited yet full of nerves as they have gone unbeaten all season. The first innings went in our favour and we found ourselves ahead by 4 rounders. Starting our second innings and we got off to a rocky start, we were allowing Heston lots of space and some of our decision making slowed down. Heston put in a great effort and managed to get themselves back in the game scoring points from consecutive batting. By the end of their second innings we were behind by 7 rounders, the girls were starting to feel deflated. With 25 good balls between them and the end of their game, our captain for the game Rosie stepped in, she was positive and encouraging and the girls listened and picked themselves back up. It was a slow start, by ball 10 we had 3 rounders left to score to beat Heston’s score of 14.5 rounders. With strong batting performances from the girls and a couple of fielding errors for Heston we managed to push through and won the game 19.5 - 14.5 rounders. As we have won all of our league games we are confident this puts us is a good position to win the league - we await confirmation of this.

The girls were also privileged to have a special visit from Mrs Ellener for some support during the second innings. Mrs Ellener also tested the girls fielding skills at the end of the game by stepping into the batting box.