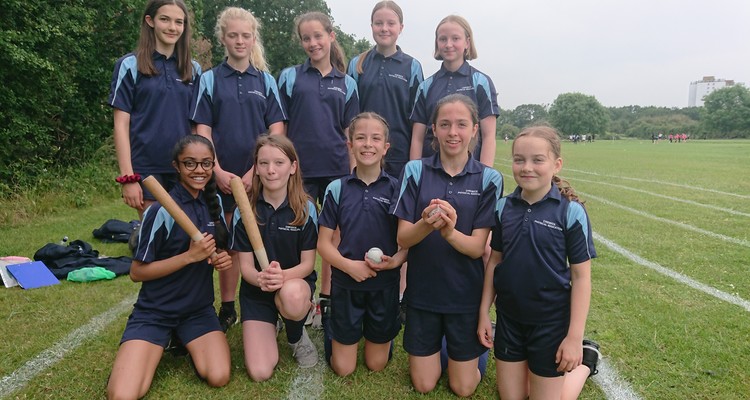 The Year 8 Rounders have worked exceptionally hard at training this term, with the whole team turning up for training on a weekly basis. They have faced some tough opponents within their league, their first game away to Heathlands was a challenging game with some fantastic batting and fielding by both teams. Unfortunately it was not to be and the girls lost their first game by 1 rounder. Their next game at home to Reach was neck and neck throughout the game. The girls were tactical in their fielding which proved a challenge for Reach and it made it harder for them to score points. The girls were determined throughout and finished the game with a draw.

Mr Hird took the girls to The Heathland School for the year 8 rounders rally this year and despite the weather conditions the girls went into their first game with enthusiasm and a passion to succeed to the later stages of the rally, although the grass made it difficult to stay on their feet. Unfortunately it was not meant to be and the rally was rained off.