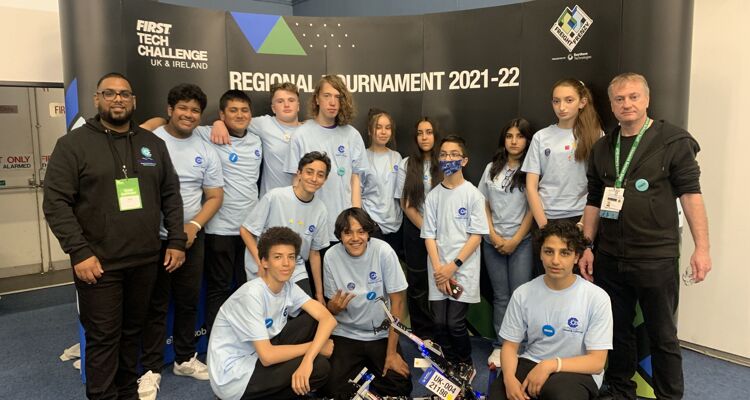 Following this they were selected for the semi-finals as part of an alliance team with 2 other robots and both took part in the semi-finals. Both teams did really well to compete and overcame many challenges on the day such as wheels falling off, programming errors & robots falling apart. As well as this they were also able to showcase their communication skills and built good relationships with other teams.

The Cyborgs managed to come back with a finalist trophy, finishing 2nd and 3rd. Students have gained a lot of experience at the competition in their first attempt and this was a fantastic achievement for both them and the school. Participating in such a prestigious competition has greatly benefited the students and they have continued to maintain the high standards set by previous Cyborgs. Chiswick Cyborgs will continue the journey competing again next year against over 100 schools with a chance of going to the world championships.