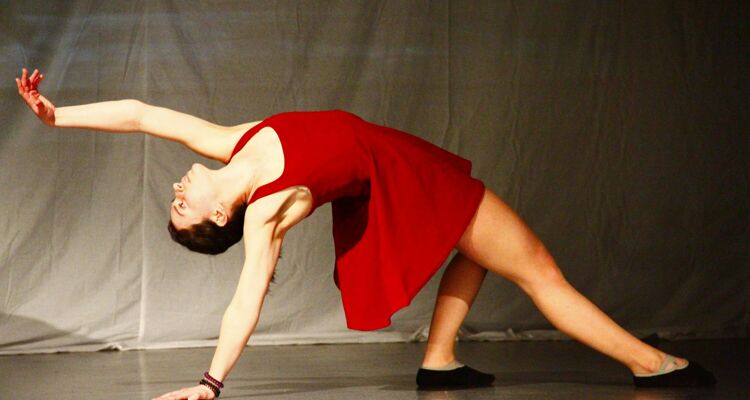 With a cast of over 70 students from all year groups, including students from Belmont Primary, we took to the stage and gave a moving, exciting and energetic evening of dance. Love letters was an evening of three parts. The first was a series of dances, based around the idea of childhood, and the loss of it. It included films made up of photos and videos of the participants when they were much younger. This prompted laughter and tears in equal measure. The cast danced their way through ten numbers from "Our Lips are Sealed" "Call Me Maybe" and a very emotional "I Remember" by Damien Rice. Each number was received as well as the last, and the students really gave it their all. As special guests we invited Belmont Primary to come and dance with us. Our dance teacher Miss Knight, along with a few 6th formers, visited Belmont over two days and taught them a dance to "Take a Chance On Me". In the evening they arrived very excited, got on stage and nailed it!

The second and third parts of the evening were made up of longer narrative pieces. The first was a dance called "Refugee" and was choreographed by our very own Mrs Ellener, who worked with a group of Year 7s. The story of children lost in a world of troubles especially resonated with the current European situation, this merged with music and visuals specially created for the piece and made for a memorable performance. The second of the narrative pieces was choreographed by Miss Knight, and was the story of Troy, from the kidnapping of Helen to the final horse scene and battle for the city of Troy. This again had visuals and music specially made for the piece. The piece was full of energy and passion and really got into the story of passion and violence, as told by Homer.