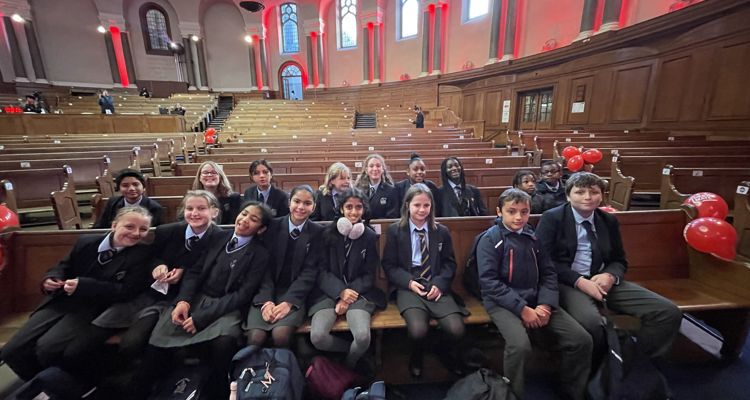 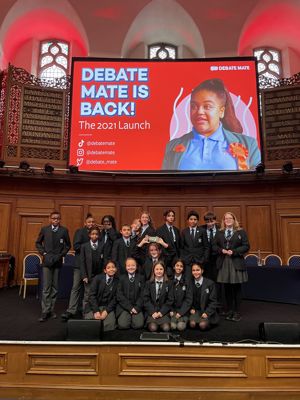 On Wednesday 3rd November, Chiswick School's Debate Club had the exciting opportunity to attend the launch of Debate Mate 2021 in central London's Emmanuel Centre! Many prominent global names have made speeches at this venue, including Malala Yousafzai. As well as watching a live debate, the students were even able to participate in it; Sophia S, Year 7, was the first to take the microphone and she asked such a thoughtful question that she won the £10 Nando's voucher ahead of thousands of other students! Our debate team is now more excited than ever to start preparing for the national competitions and, judging by the events of Wednesday, I think we have a good chance of producing some Chiswick School champions this year!