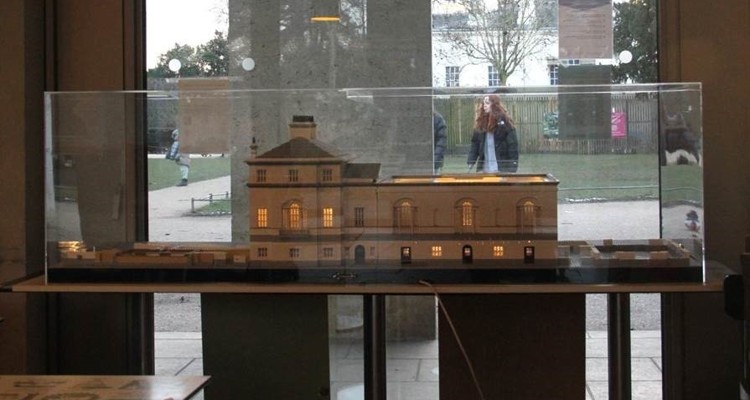 The model is now on display, for two weeks, in the Chiswick House café. The model has been built in three configurations – initially with the Victorian wings in place – and later as originally conceived by Lord Burlington; and as it is now. The model is accurate – as far as Lego allows – and has a removable roof so that the shape and colour of the internal rooms can be seen. Internal lighting is installed to help show this.