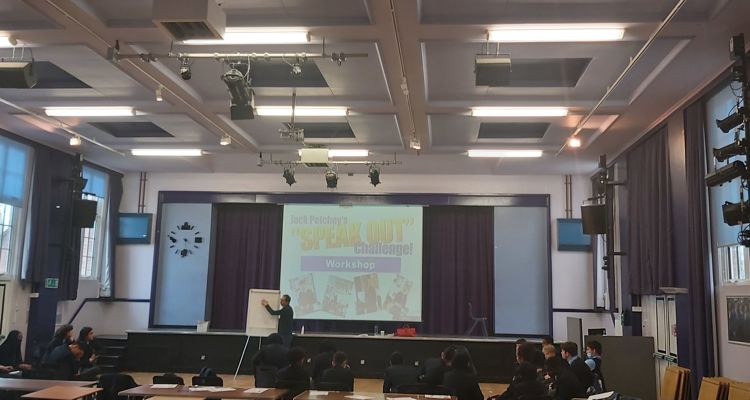 In November, several Year 10 students took part in the annual Jack Petchey “Speak Out” Challenge! This competition, run by the Speaker’s Trust and the Jack Petchey Foundation, aims to champion effective communication to use in education, employability and social change. This year students thrilled to know that they were one of 20,000+ young people across secondary schools in London and Essex taking part in these workshops.

Students were coached by renowned public speakers who gave top tips for impromptu speaking and communicating confidently. Throughout the day students learnt and developed skills that allowed them to write and deliver their speeches. There was a range of topics which focused on themes such as family, the greed of big businesses, islamophobia, homework, social media, racism in football and mental health. A massive congratulation to the five finalists who will now compete against each other at the assembly stage in January 2021.