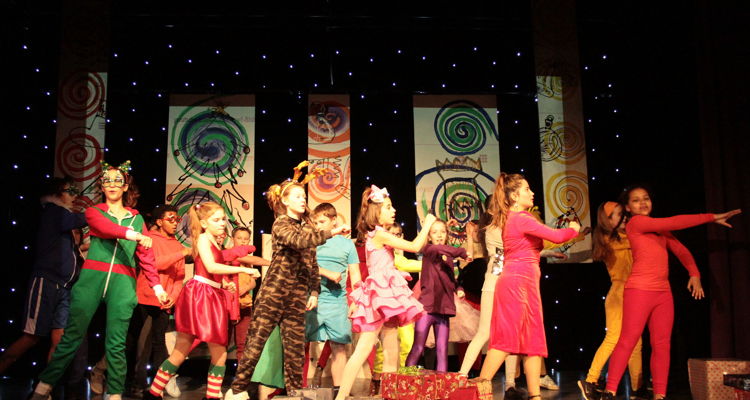 Our first Christmas show for 2019!

We have had a very busy Christmas this year in Performing Arts with three separate performances over the final week.

The first was a performance of the long-awaited The Grinch!

The play, which is an adaptation of the original story, is a riot of colour and silliness. The cast had been rehearsing for only 5 weeks, after school and on weekends, and have acted, sang and danced their hearts away.

On the night, the set was built and the lights switched on, supplemented by a swirling pattern of colour projected across the whole stage. The cast, each one in garish garb, romped through the performance with glee and energy, bringing to life the story of a grumpy Grinch determined to destroy Christmas.

At the end of the show the cast took their well-deserved bow to the tune "Happy Together" - which they were!