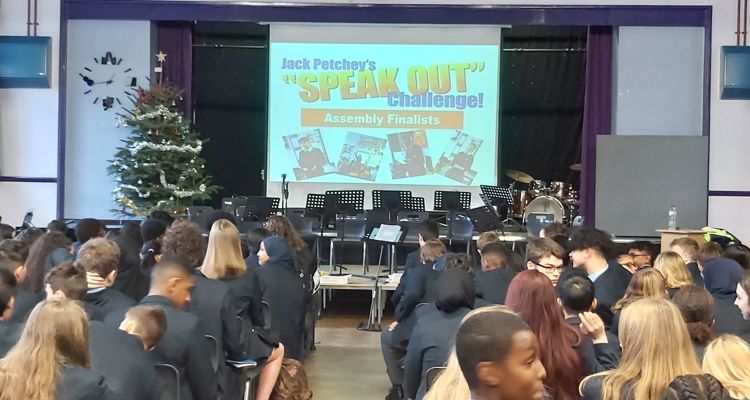 The Jack Petchey “Speak Out” Challenge! is managed and funded by the Speaker’s Trust and the Jack Petchey Foundation, with the aim of championing effective communication to use in education, employability and social change. This is a well-established and highly regarded public-speaking training and competition programme for over 20,000 young people yearly in all secondary schools in London and Essex.

Well done to all the Year 10 students who took part in the workshops. Students were praised for the mature and tenacious attitude shown throughout the day. All students eagerly participated in workshops, to taking full advantage of developing their public speaking skills. Special congratulations to the four students (Ruby G, Yasmin A, Max P and Amber S) who all progressed to the assembly finals of the competitions.

These students delivered their speeches in Year 10 assembly on the 10th December 2019. They demonstrated a great passion for the topics of their speeches which included FGM, anxiety, Somali culture and class stereotypes. Two students have been selected to progress through to the next round of the competitions in January where they will compete for the chance to represent Chiswick School at the Regional Finals in March 2020.